Airlines: Golden Age of Aviation Board Game now on Kickstarter 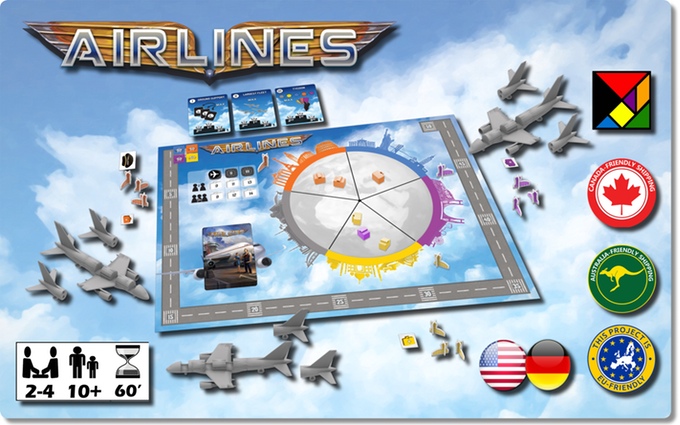 Golden Egg Games proudly announces Airlines: The Golden Age of Aviation a new board game set in the 1950’s commercial aviation golden era. The game is fully funded and it is live now on Kickstarter. The game is scheduled to debut at the International Spiel convention (Essen, Germany) on October 13th, 2016. “Airlines” 1st edition will be published in English and German.

Airlines literally puts a spin on the Eurostyle pickup up and deliver genre by having a rotating globe where it simulates an ever changing passenger demand. Players begin with one airplane and one airport and through clever card play, expand their airlines, place hubs around the world, build amenities for passengers and add more planes to their fleets. Players can design their own airliner with 3D interlocking model plane parts, and multi use cards ensure that there are always a plethora of options. How efficiently you expand your airline and how quickly you can deliver passengers can mean the difference between winning and losing.

Airlines is available in two versions on Kickstarter. There is a  family friendly version with simplified rules and scoring, and a Limited edition not to be sold at retail,  which includes both the family game and a “Gamers Version”, with extra components,  tougher decisions and money management. Both versions require strategy and proper management of your cards. Overextending your airline early can have dire consequences. But sometimes fortune will favor the bold player. Designing a jumboliner that can pick up lots of passengers may be the path to victory, or numerous small planes, or possibly building lots of hotels. Victory can be attained in many ways.

Elad Goldsteen the designer of Airlines said, “I was inspired by hours of long flights and countless delayed flights.I was intrigued on the inception of commercial aviation as we know it, and did wide research on the Golden Age of commercial aviation.  I applied very innovative mechanics that can simulate an ever changing passenger demand, and combined it with a proven card driven system. My goal was to keep the game at a high pace and still have tons of cool decisions and strategies to explore with each new game of Airlines, I hope you can enjoy playing my creation very soon.” 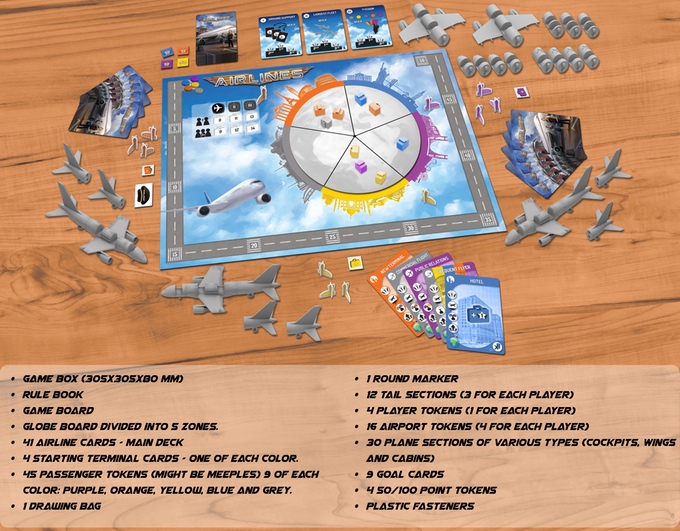 Follow Us
Episode 27 : Broom Service Review – Questions from a Hat 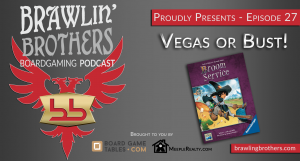 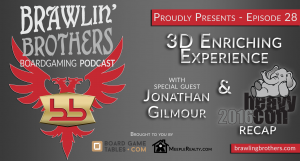