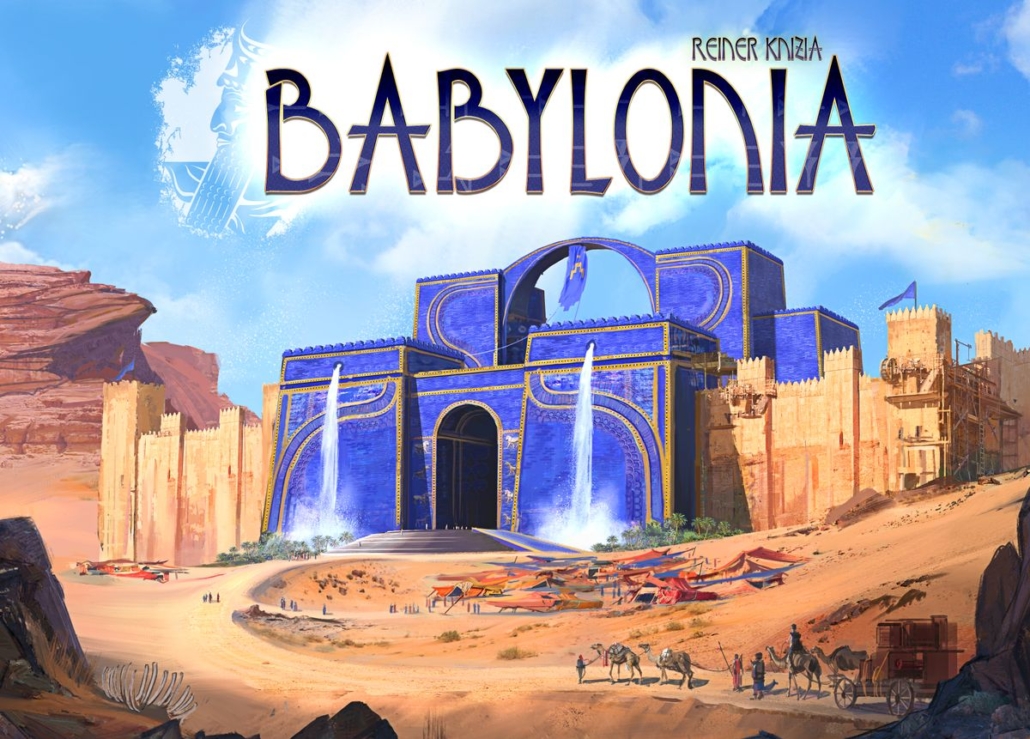 HOW TO PLAY BABYLONIA

On your turn you do one of two things: A) Place 3 or more farmers face up on a land hex, or B) Place any two tokens on the board which may include face down on a river hex. Players may only place farmers on crop tiles after they have a noble token adjacent to the crop.

After a city tile is surrounded every player who has a token adjacent to the city will score two points for each of their tokens that is contiguously connected to the city tile and that matches the symbol(s) on the city tile. The player with the most tokens surrounding the city claims the tile and then EVERY player scores one point for each city tile they have claimed.

Finally, if a player places a farmer on a crop tile, they claim the tile and score the points depicted on it or one point for EVERY claimed city tile regardless of who claimed it. They may only place farmers on crop tiles and only if they had a noble token adjacent to it.

Babylonia ends immediately when a player places their last token or when a player ends their turn and there are less than two city tiles remaining in play.

The random starting locations for cities and crops are two of the things that makes this game interesting and re-playable. There appears to be several valid strategies – going for lots of ziggurat points and capturing a few, maximizing the city tiles you capture, maximizing the impact of a contiguous network, or some hybrid of those options.

The only aspect of this game that detracts from player agency is the random token draw. Otherwise there is no luck or randomness involved in Babylonia.

The overall production quality in Babylonia is pretty good: the board, tokens, and ziggurats are all of good quality. The lack of a proper insert, bags for the tokens, and the very poor design of the stands really stand out of glaring omissions for this game. The rulebook is okay, but considering the simplicity of the game, it could have been easier to learn the game and reference.

There isn’t much graphic design in the game and what little there is, wasn’t particularly useful. Understanding some of the ziggurat power tiles requires the rule book, as the tiles themselves don’t clearly indicate their purpose with the iconology alone; this isn’t an issue after the first few plays. 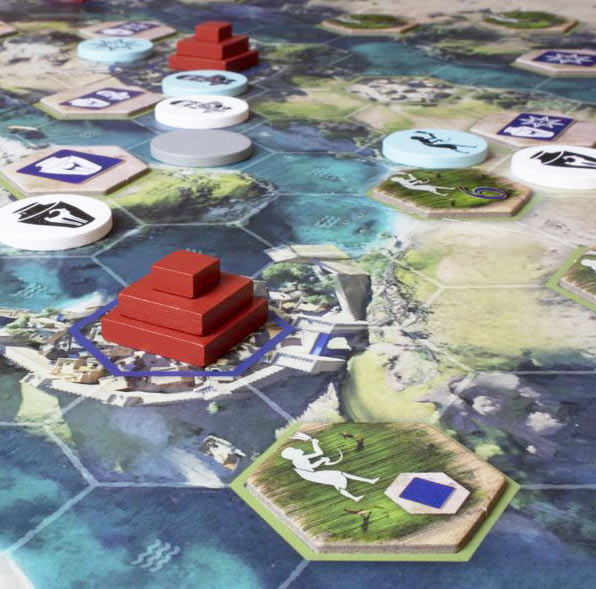 Outside of the historical significance, the theme in Babylonia seemed unimportant. Babylonia could have been themed in many different ways.

Babylonia is an interesting abstract game that requires you to mess with your opponent while simultaneously trying to maximize your own strategy. Over the course of a full round you may shift from an excellent position to rethinking your actions, based on the other players’ descision. This is an outstanding experience, but due to the lack of variability, it isn’t a game you need to own.  The exception there is if you really enjoy abstract, chess-like games.  If you enjoy abstract, chess-like games, Babylonia should be in your library.

Thoughts from the Reviewer
Expansions could really transform this game into something more complex and difficult.  They could offer exciting new strategy, shifting Babylonia away from an abstract game and more towards a true strategy game. Potential expansion ideas to add more variety, including the addition of variable powers to the different tokens and including additional token types.

Noel Szczepanski is an avid boardgame enthusiast who regularly posts on BoardGameGeek, Facebook and elsewhere on Social media. Noel regularly games with the Brawling Brothers where he tracks, organizes and analyzes all of the data used on the Brawling Brothers Boardgaming Podcast. Noel’s written reviews and additional contributions can be viewed here.

Note: The thoughts and opinions expressed in this review are those of the authors alone and do not necessarily reflect the thoughts and opinions of the Brawling Brothers. Any content provided by our bloggers or reviewers are of their opinion and are not intended to malign any religion, ethnic group, club, organization, company, or individual. 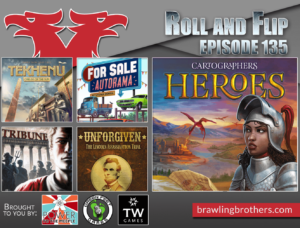