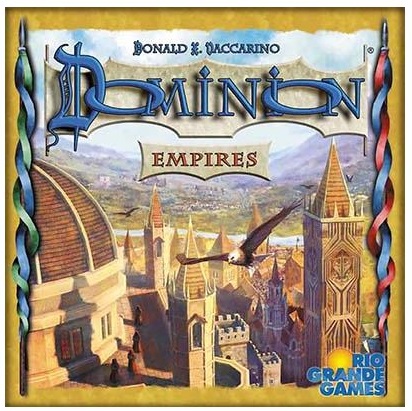 While dry and a tad themeless, Dominion is easily one of my favorite deck builders.  This game really introduced me to the idea 3 or 4 years ago, and deckbuilding has become a bit of a staple in our group.  Sure sure, the complaints of shuffling your deck over and over are valid – This gets annoying and its really easy to cheat (One day I’ll have to tell the story on the show of a late night Dominion game where Noel and I watched someone cheat EVERY SINGLE TIME they reshuffled), but the idea is really cool.  I love making something better as you go along, I love exploring the engine creation process, and most of all I love the feeling of the random card draw.

Many of us thought “Dominion: Guilds” was the end of the road… Last year we were pleasantly treated to “Dominion: Adventures” and I just knew for sure it was done.  Not the case my friend – NOT the case.  This week Rio Grande Games posted a short paragraph on their website revealing the theme for a surprising new expansion “Dominion Empires“.

The world is big and your kingdom gigantic. It’s no longer a kingdom really; it’s an empire. Which makes you the emperor. This entitles you to a better chair, plus you can name a salad after yourself. It’s not easy being emperor. The day starts early, when you light the sacred flame; then it’s hours of committee meetings, trying to establish exactly why the sacred flame keeps going out. Sometimes your armies take over a continent and you just have no idea where to put it. And there’s the risk of assassination; you have a food taster, who tastes anything before you eat it, and a dagger tester, who gets stabbed by anything before it stabs you. You’ve taken to staying at home whenever it’s the Ides of anything. Still overall it’s a great job. You wouldn’t trade it for the world – especially given how much of the world you already have.

The expansion is due sometime in 2016, and while we don’t know much about it at this point, we do know this is the 10th expansion for Dominion.  We can only assume this will be a big one – Count us in as supporters of the exciting new expansion: Dominion Empires! 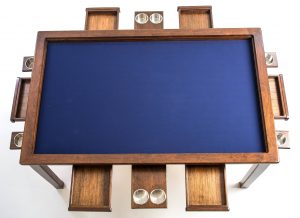 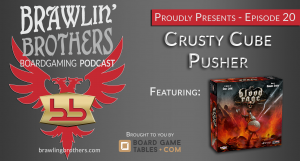