Geoffrey Greer of Past Go Gaming & Geeking is returning to Kickstarter with his new game design, Sans Allliés: Solitaire Game of War. After a modest showing for their debut game of social antics, Parenthood, Geoffrey Greer and his team are changing direction in their design goals and their tone. Sans Alliés is geared much more with the serious gamer in mind—those who enjoy area control classics like Risk or Axis & Allies, and who sometimes yearn for that command station but suffer from low player count, will find that craving satisfied in Sans Alliés.

Sans Alliés has been exhibited at Strategicon and blind-tested across the United States and Canada, having been met with a very positive response. The graphic design will be professionally done by Justin Lancaster of STUDIO1126, who has previously done tabletop, video game, and app design. The Kickstarter campaign will feature the game at $20, with free shipping in the U.S., and discounted pricing and shipping for multiple orders.

In Sans Alliés, you command a force of personnel and machinery cutting a swath through an enemy nation whose leaders are bent on developing a vile super-weapon. You must coordinate your forces in order to capture successive geographic regions, resource centers, and ultimately the enemy capital before their technicians can complete their research. Along the way, you will liberate prison camps, upgrade your own forces, and possibly build your own ultimate weapon, in order to bring the enemy to their knees. Sans Alliés is a solitaire care game that builds complexity and adds rich theme to a traditional solitaire model. The game takes the feel and tone of the large-scale, area-control games of war and compresses it into a solo experience, playable on a conservative surface area in about an hour. 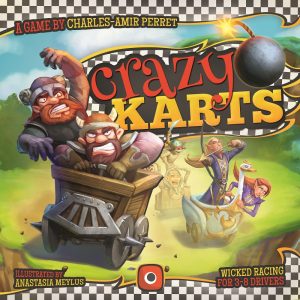