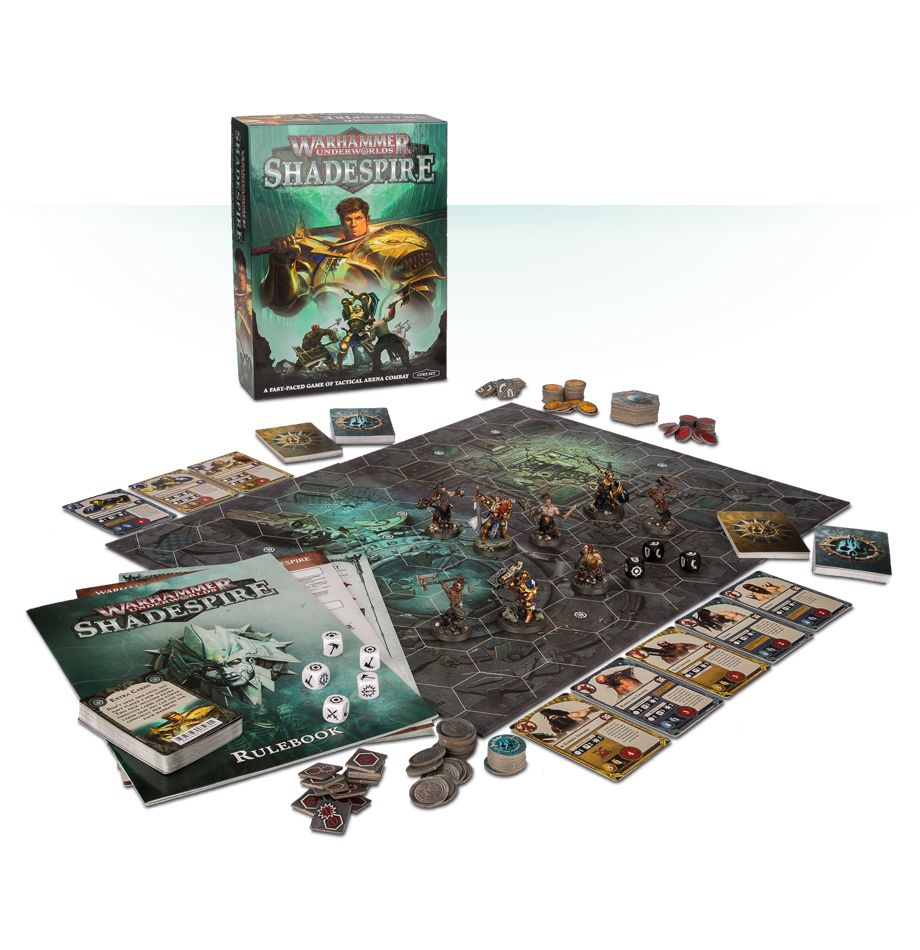 Warhammer Underworlds:  Shadespire wouldn’t be a terrible name for an otherwise excellent game if it were meant ironically.  Sadly, Games Workshop is that clueless friend of yours who doesn’t realize tight rolling your jeans went out of style over 20 years ago.  I mean it would be funny if they did so ironically from time to time, but seriously, Games Workshop, it is almost 2018.  If you feel the need to have a subtitle or are compelled to use a colon in your game’s title, you are doing it wrong.  Stop.  Please stop.  I’m going to pretend from now on that the real name for this game is Shadespire.  Cool? 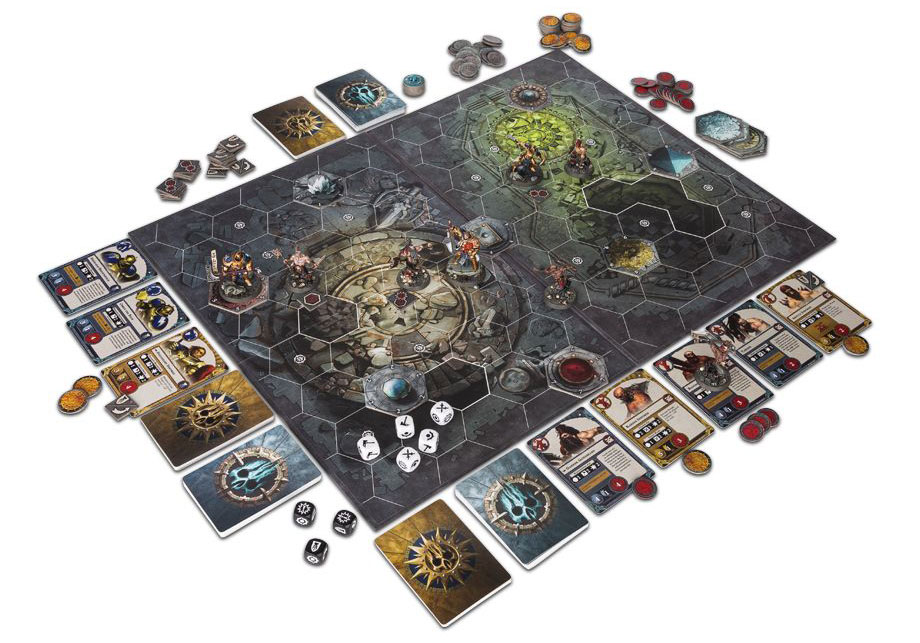 I’ve come to talk with you again

Shadespire is one of those games that feels whole lot like an Ameritrash Greatest Hits Compilation.  You’ve got your gorgeous ultra detailed minis.  You have your custom dice driven combat engine.  You’ve got you deck construction.  You have a scoring system that feels like it was lifted directly from Nexus Ops.  You’ve got your modular hex grid maps with objective tiles.  You have fixed Action Points that count down the round progress.  Almost every little detail about the design of Shadespire feels familiar if not directly lifted from any number of great games.  I don’t count that as a slight against Shadespire at all (keep in mind Cthulhu Wars is one of my favorite games of all times and it starts as a blatant emulation of Chaos in the Old World).  Shadespire feels like an ultra polished refinement of many well hashed out game ideas, and that is great if you want a game to feel immediately familiar, but it may come as a disappointment for anyone hoping to have a truly unique experience.

Because a vision softly creeping

Shadespire at its heart is a tactical mini skirmish game boxed into a quick 3 rounds of strategic brinkmanship.  There is plenty of strategy built into this little game, but it requires patience and repeated play to have enough of a command and understanding of the chaotic and tactical ebbs and flows of the game.  This is the common description I hear about competitive card games all the time.  The game feels like complete chaos until you see the big picture and can memorize the cards.  Until you are able to achieve that level of proficiency at the game, Shadespire is going to feel random and far more tactical in nature.  For the newbie, they will focus only on solving the immediate puzzle the game presents them with.  How do I stay alive, kill my enemies, and score points.  To do this, players will use a deck of power cards (typically only 5 available per round).  Its easy to get caught up in the immediate and tactical demands the game forces on you, but with practice a player will recognize that in order to win, you must adhere to a long term strategy while undermining your opponent.  A lot of games boast this kind of combined strategic and tactical tug of war, but how does Shadespire really compare? 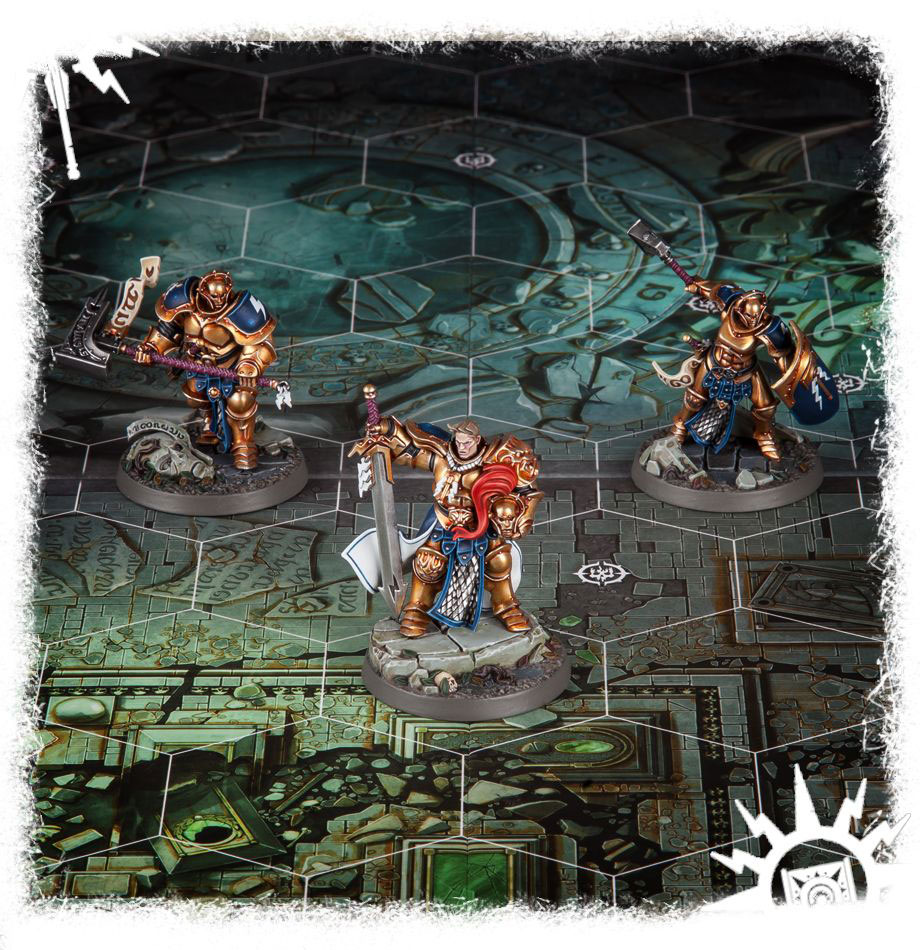 If I had to describe Shadespire by comparing it to other games, I would say that Shadespire is a LCG dueling game that uses minis and dice as its “gimmick” while using Nexus Ops’ objective based scoring engine.  For those not familiar, Nexus Ops (which is a classic you should check out) scores points based on the outcome of combat AND by achieving secret objectives you draw from a shared deck of cards.  In Shadespire, you score VP (honor) by killing enemies (winning combat) and completing secret objectives you pull from a deck of cards you build before the game.

Unlike Nexus Ops, Shadespire’s scoring system can feel very claustrophobic.  In Nexus Ops, you have the luxury of building up to your coup de grace and you only have to worry about one of your opponents beating you to the punch.  In Shadespire though, the player feels constantly under the gun to complete objectives or kill their opponent quickly.  Having only 3 rounds with 4 actions each means that players are rapidly running out of time to score VP.  Adding to this tension is the fact that the game’s VP is also the currency you use to develop and unlock abilities for your characters.  Especially early in the game, players are desperate to grab VP just so that they can unlock abilities in the hope that it will turn the game’s momentum in their favor.  This VP dichotomy really opens up the game’s meta though because players are responsible for picking 12 unique objective cards to use as their objectives during the game.  Do you want to load up on simple objectives that will allow you to quickly power up your team or do you want to use high value objectives that yield better long term rewards or do you focus instead on synergizing your objectives and power cards?

I must admit though that I find many of the faction specific objectives to be quite disappointing.  Especially in the case of the Blood Reavers, the objectives strike me as extraordinarily situational or difficult.  The don’t seem to have been designed with this factions strengths in mind.  I am a firm believer that games should have solid feedback loops (which is exactly what the objectives system is).  I always love it when the game rewards me for doing fun things, but at the same time, it can really suck the fun out of the room when my opponent has no problem scoring objectives while I struggle mightily.  I think that ultimately, the Reavers just have a hard time matching up against the Stormcast Eternals, while they meet with greater success against other factions.  I’m not sure I like this kind of balancing and would prefer to have the factions balanced in a way that allows for any faction to beat any other faction as opposed to the rock-paper-scissors balancing that seems to be the case here.  Understand that I’m not ready to call anything imbalanced yet, its just my feeling and one I think that a person can get from their first few plays.

Left its seeds while I was sleeping 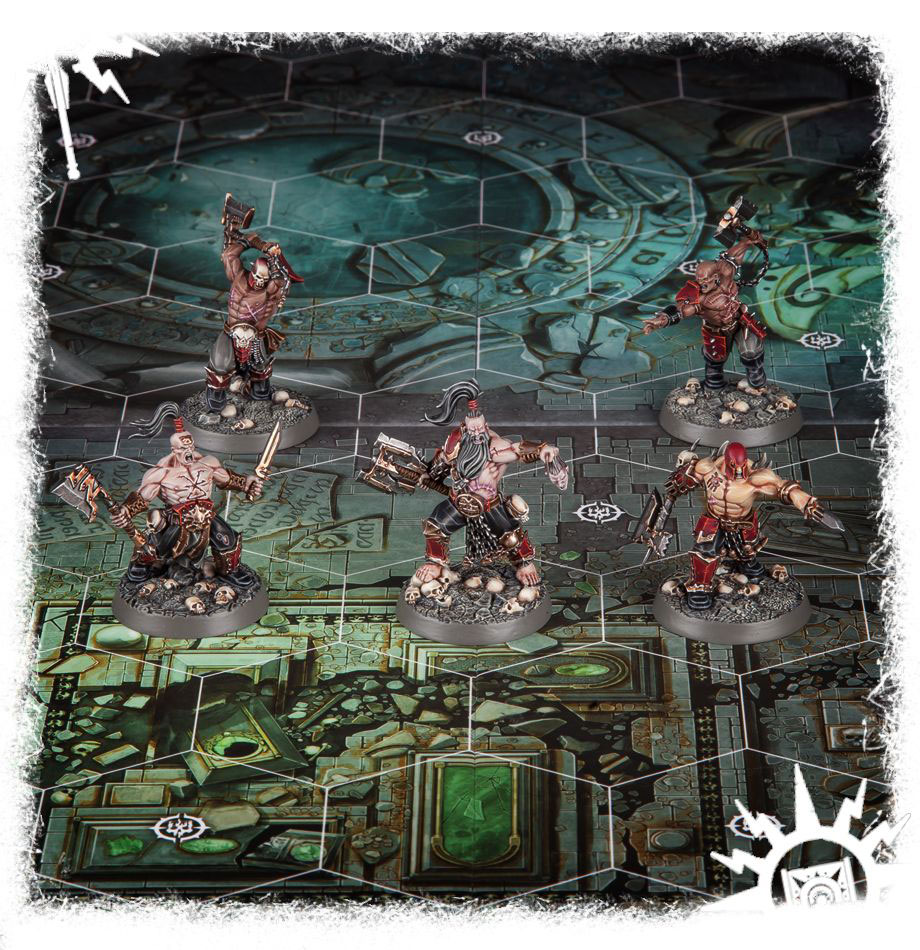 While I suppose Shadespire is a game you could own only the base set for, and be quite happy running the premade decks/squads against each other, the real fun of Shadespire and its enduring legacy comes in the customization decks players will get to build from an expanding library of cards.  I can’t decide what excites me more about the expansions.  New cards or new cool minis?  Something pretty shocking about Shadespire is just how player friendly the deck construction rules are.  Each warband you play with needs to have 2 decks OF COMPLETELY UNIQUE CARDS.  Yeah, that is right, Shadespire is a highlander format game.  No need to buy multiple sets to fill out a single tourney deck.  This is such a fresh concept compared to what Fantasy Flight has exposed us all to over the past decade.  Better yet, your decks are pretty small.  You only need 12 objectives and 20 power cards.  Within your power deck you are restricted to having at least half of your cards be upgrades (which minimizes your ability to spam ploy cards).  I appreciate how easy a commitment it is for new players to start playing the game while still offering a depth of strategic choices typical to games that use preconstructed decks.  I really do have to hand it to GW for setting up Shadespire to be a very player friendly pricing model.

And the vision that was planted in my brain
Still remains

Shadespire isn’t really interested in telling a cool story and if I had to point out my biggest gripe with Shadespire, this is it.  Shadespire feels like a game that has been grafted onto the Age of Sigmar mythology.  The setting is pretty cool, but it feels generic and underdeveloped.  Every card is choking with flavor text, but there is hardly a drop of character building.  Your minis aren’t people, they are set dressing.  The game just isn’t a narrative experience, and all the rich backstory of the Warhammer Universe is no substitute for true storytelling.  This is probably a sin most people interested in Shadespire are willing to forgive, but when FFG does basically the same thing in X-Wing, the dog fights feel far more story rich then what you’ll get from a skirmish in Shadespire.  I can’t shake the feeling that in Shadespire I’m really just moving the furniture around a very pretty room.  Of course, the furniture bleeds and occasionally eats the janitor.

Within the sound of silence

One small warning I would offer about Shadespire.  This is a lifestyle game.  It is far more affordable (surprising for GW, I know) then what most gamers would expect from say FFG, but there is certainly potential for this game to become a money sink in the future depending on how many and how frequently expansions are released.  I do have some slight concerns about the balance between the two factions in the core set.  In my experience the Stormcast Eternals tend to be an easier faction to play and grok properly which will lead to some newbies crying broken.  I’m not saying that they aren’t balanced, but I definitely think that the Blood Reavers require a deft hand to play well. 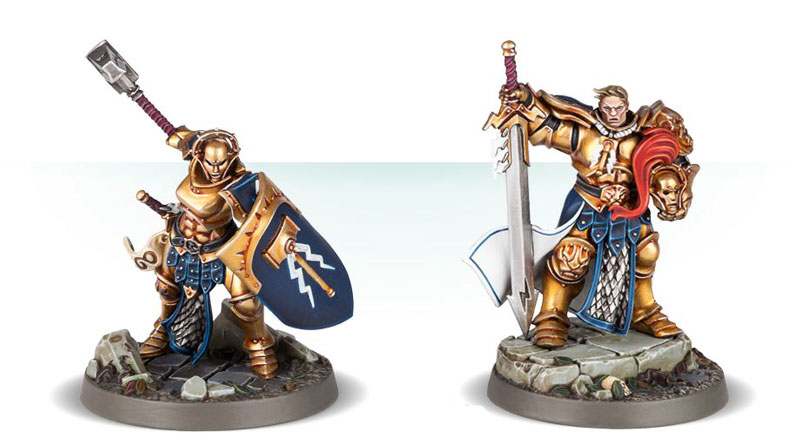 The Shadespire experience though is overall, quite solid.  The production values of the components all feel absurdly overproduced.  It was a very bold design decision to move away from the obvious “kill all your opponent’s minis” skirmish game to what basically amounts to a refined version of Nexus Ops that clocks in under 30 minutes.  Its an almost puzzling sort of paradigm shift too, moving from the idea of a carnage filled combat arena to a nuanced objective based melee.  When I hear the name Warhammer, I think grim-dark, I don’t think subtle and calculating.  Its an odd fit for the game’s setting, but as someone who isn’t a fan of GW’s storytelling, I’m perfectly fine with the final product.  As someone who enjoys a good 2 player dueling game, I have an overabundance of such games on my shelf.  Luckily, Shadespire offers a polished if not wholly original game play experience to satisfy my mature side while at the same time offering enough fancy components and violence to tease my inner lizard brain.

BGG Score – 8.0 (for those who love Nexus Ops or who are 2 player dueling aficionados 9.0) 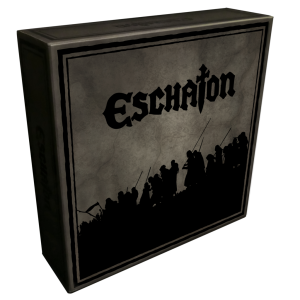