Too Many Bones Review 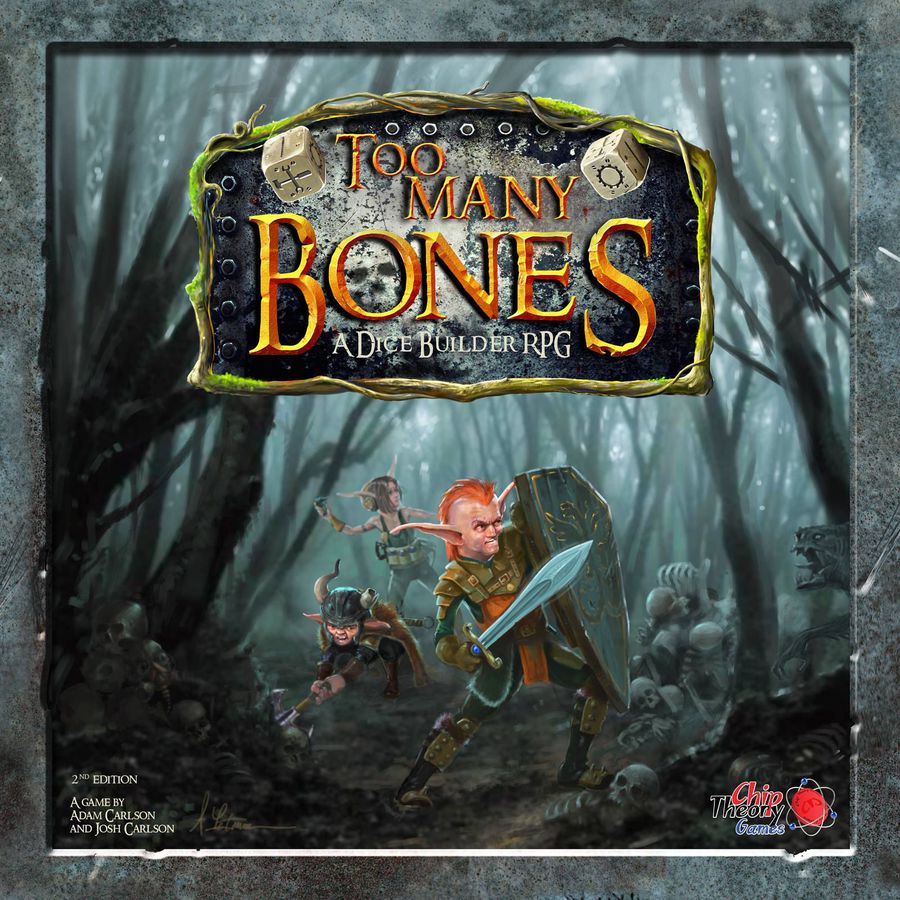 Murder Hobos of the Uncanny Valley – A review of Too Many Bones.

Too Many Bones launched on Kickstarter in February of 2016 and it took me over 2 years to get around to giving it a fair chance at my gaming table. I strongly suspect that I was not alone in holding off on TMB, despite the generally positive reputation Chip Theory Games had developed with its cult hit gaming series Hoplomachus. Regardless of everything positive about TMB, the biggest obstacle I had standing in the way of me trying this game out was the character art.

Lets take a quick step back for a moment. TMB is a card and dice based RPG styled board game that emulates the turn based JRPGs and MMOs of yesteryear. The narrative stars of the game are a fantasy race called Gearlocs. Think Steam Punk elves in a traditional fantasy setting and you get the idea. This is where things go off the rails a bit. The art direction of the game starts off very strong with plenty of line art images for the enemy and item art. Things go terribly wrong though for the Gearlocs themselves, who occupy a particularly disconcerting homestead in the Uncanny Valley. Imagine if Dobby from the film adaptation of Harry Potter had a love child with the Gremlins from the movie Gremlins (not the Mogwai mind you, but the dinning after midnight full blown Gremlins). They are nightmare fuel, plain and simple. 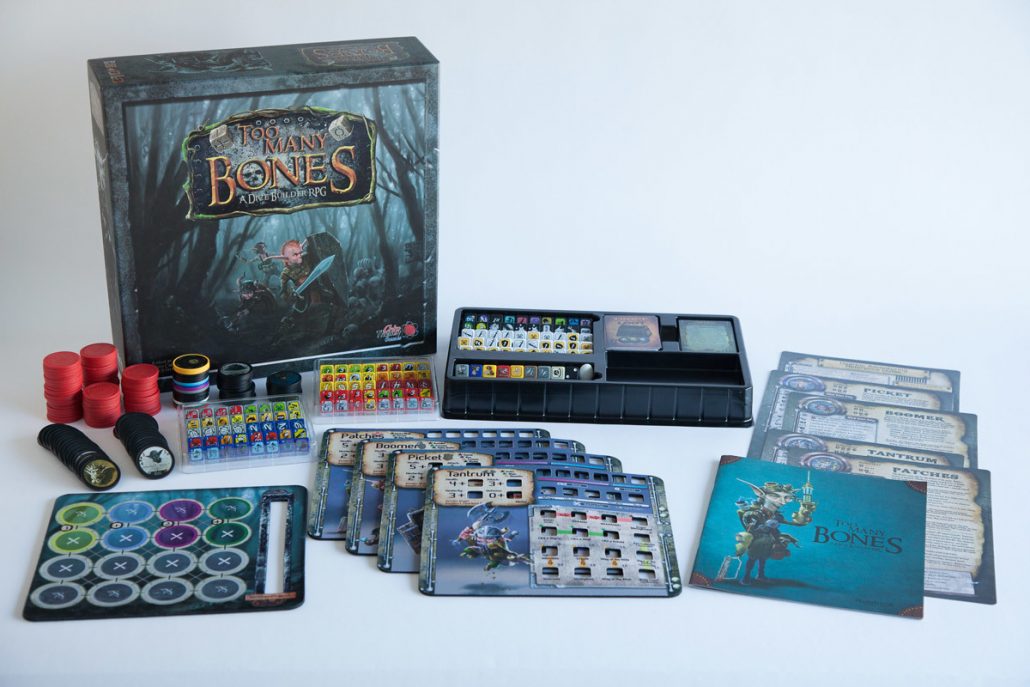 Despite my misgivings, I found the underlying game design to be quite intriguing with its promise of a fully dice driven RPG engine, but that alone wasn’t enough for me to look past the ugly as sin character art. Over the past year or so though, the resounding positive reviews and compelling sales figures gave me pause and I questioned my decision to skip past TMB. So I found myself sitting down with a copy of the 3rd edition printing of the TMB with my kids, ready to chase down a tyrant, and this is what I came to find …

It was no surprise just how amazing the component quality was when I cracked open the game box. I’ve been enjoying Hoplomachus for years now, so I know exactly how high CTG’s standards are for deluxe components. Even the default “cheap” health chips seem fancy despite being boring plastic chips. The entire production though just reeks of top tier, from the sewing along the edge of the mats to minimize wear, to the hefty baddie chips, to the fancy dice with the heat printed images, and even the vinyl cards that I simply adore (as a habitual sleever). CTG’s has cemented themselves as a company synonymous with components of the highest quality. Of course the obvious trade off here is price. Once you fall down the rabbit hole, you are going to spend hundreds of dollars on this game and there is narry a miniature in sight. 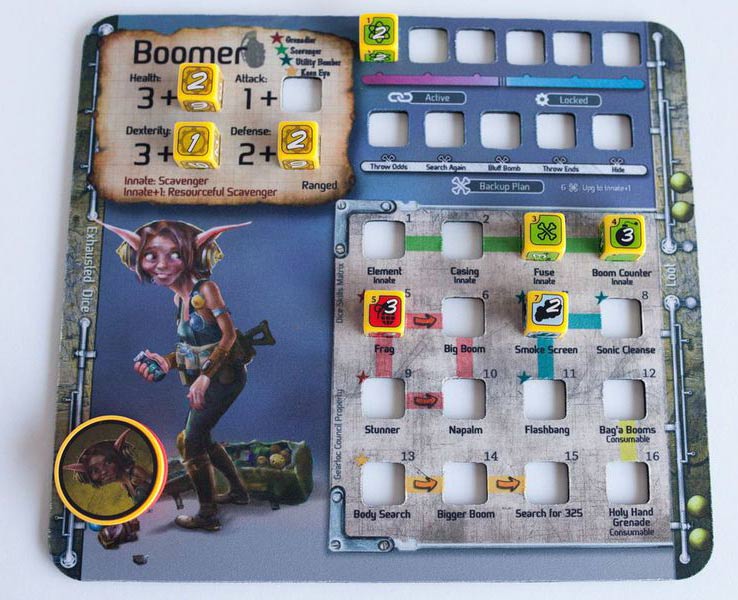 The game isn’t as hard to teach as many reviews have hinted. Yes, there is a lot of Ameritrashy nuance under the hood of the game, but the basic round flow and combat itself are all quite simple, as was the case with Hoplomachus before. TMB’s complexity arises from its asymmetrical player characters with their radically different modes of play and the sheer volume of dice that almost always do something unique. Much of this learning curve can be overcome using the EXCELLENT player aids that come with the game. Better yet, if your group has at least 1 player familiar with the rules, they can run the game without any real difficulty, allowing the other players to learn their characters. The first 3 encounters of every game are intentionally designed to ease players into the game, and you can further adjust the difficulty level by giving players extra hp and limiting the penalties for death.

My only real game play gripes are against the two mini-games woven into the game. The lock picking mini-game offers very little decision space and is basically a complex version of “roll to hit a target number”. The dangerous darts mini-game however is rather baffling and is arguably “solvable” (no meaningful decisions) although even when making optimal moves, you have a less then 50% chance of success. I wish the lock picking offered something meatier, but dangerous darts is easily skipped simply by removing those encounters from your deck of cards.

TMB succeeds though when it is trying to emulate character building and turn based combat that veterans of Final Fantasy 7 through 10 would quickly recognize. Leveling up your character comes fast and furious. Each passing encounter offers some new bonus to unlock. There is always a real sense of progression and empowerment. Players’ unique dice allow them to carve out their very own role in the party, even if this feels very similar to what you’d find in an MMO. Planning your skill unlocks is every bit as delicious as playing a classic JRPG. Combat rewards clever planning and the game does a solid job of making players think that the odds of success are far lower then they actually are. Most battles start out feeling hopeless which makes your eventual success feel all the sweeter. I can’t think of any previous board game I’ve played so perfectly captures the fun of leveling up a character in a video game.

I am in awe of the effort that was put into crafting the protagonists for TMB. The combat medic feels like a combat medic and he plays entirely differently from the Berserker character or the Ranged DPS. TMB’s system of unlocking new dice actually echoes the leveling system found in Gloomhaven where the cards (as opposed to dice) create a significantly unique PC. The big advantage TMB has over a game like Gloomhaven though is that the combat is significantly streamlined in comparison, as is to be expected from what amounts to essentially a gussied up dice game. 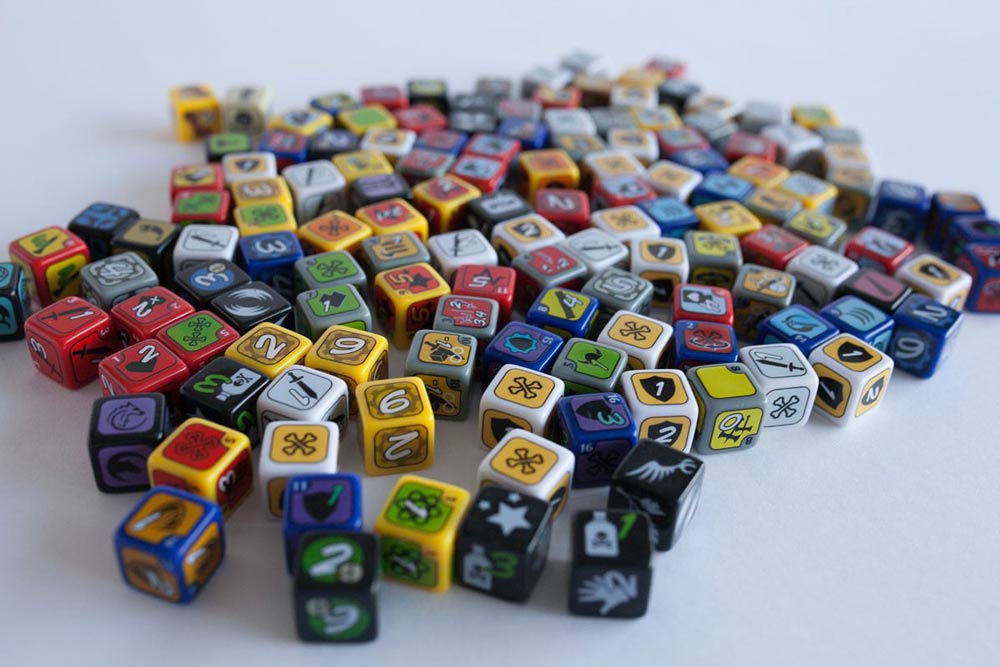 The problem a lot of dice games struggle with is the balance of complexity versus player agency or choice. Generally speaking, the more choices you give your players, the more complicated the game becomes (which sort of defeats the purpose of it being a dice game). At one end of the spectrum are games like Nations the Dice Game (base game) where the game is extremely simple because it has sanded down the decision points so much that the game pretty much plays itself for you. At the other end you have games like Discoveries where the gameplay is intentionally awkward and ungainly so as to squeeze every last ounce of decision making out of the dice (to its obvious detriment). Somewhere in the middle is your target Goldilocks of dice game that finds a perfect balance of simplicity and choice. Roll for the Galaxy is perhaps the most obvious example of this, but TMB’s combat absolutely belongs in this discussion. As players open up more and more dice the game purposely limits the number of dice players can roll so that they are left customizing the handful of dice they roll each turn. The decision making in combat is both dirt simple and extraordinarily satisfying all the while remaining very narrative. 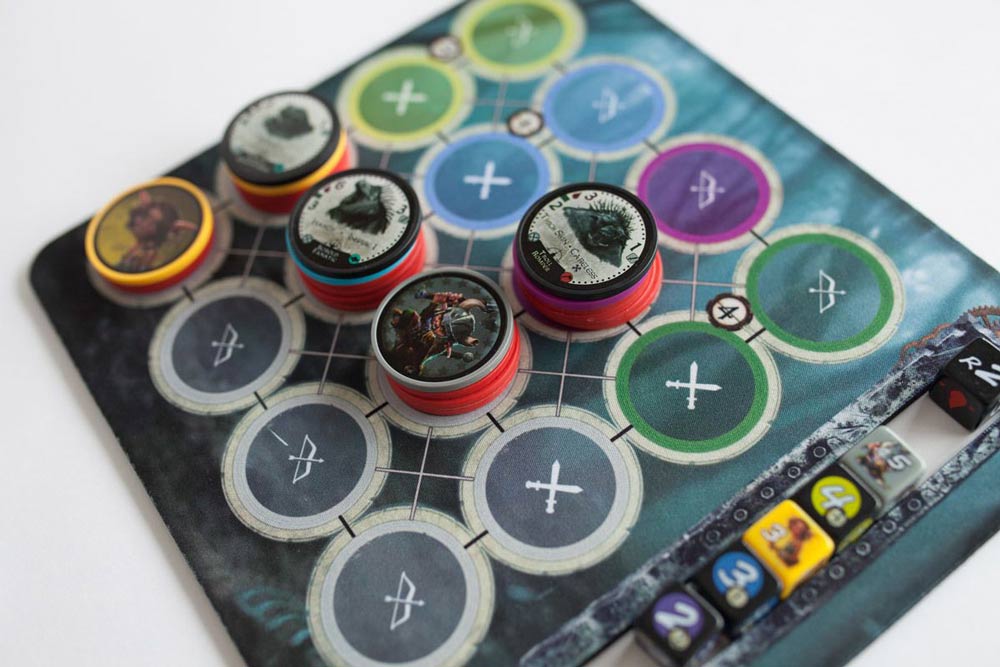 So after I boxed up TMB (we are waiting now for the expansion content to ship out) I came to perhaps the most startling realization I think I’ve ever had about a game. Somehow, the Gearloc art assets just didn’t bother me as much as it used to. Such a moment of epiphany feels like a strange reversal of the well worn saying “familiarity breeds contempt,” but there it is. I can’t quite reconcile how it is my feelings about the art have changed, but I suspect it has something to do with how much fun I’ve had playing TMB.

Ultimately, Too Many Bones is an exceptionally fascinating design. There is no other game that feels quite like it. I tip my hat to Adam and Josh Carlson because I feel like Too Many Bones demonstrates a definite growth and maturity in their skills as game designers. While Hoplomachus isn’t a bad game by any stretch of the imagination, Too Many Bones evolves many of the ideas of the earlier game, while never shying away from experimenting with radically new ones. A design like Too Many Bones takes guts to make, it is packed to the brim with untested ideas and it could have easily been a spectacular failure. While Hoplomachus was a design that was inspire by other great designs, Too Many Bones is the Carlsons’ Magnum Opus and it will be a design worthy of inspiring other designers in the future. My biggest regret about Too Many Bones is that I didn’t play it sooner, because I firmly believe that this is a design that deserved every bit of the same praise that Gloomhaven enjoyed this past year.

Load More Photos Follow Me
Episode 78 : GenCon Preview + Questions from a Hat with Cat (And Jordan) 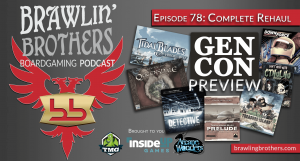 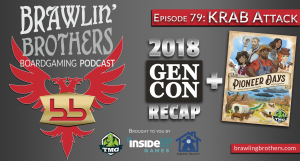