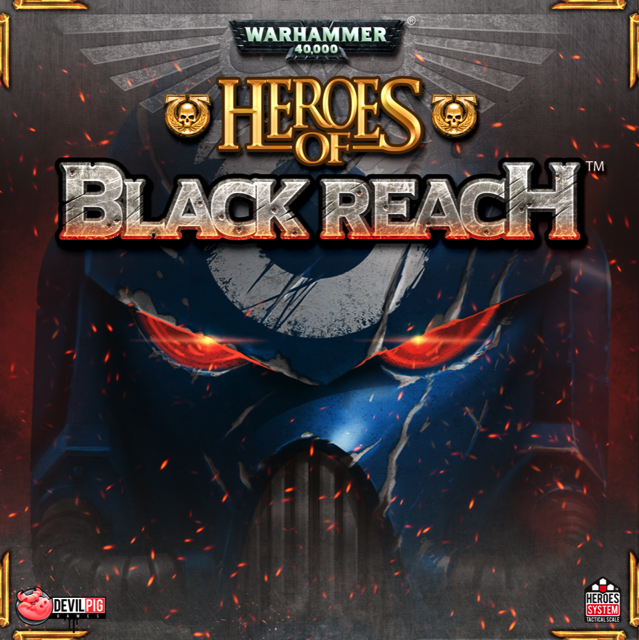 The first “war game” I can remember owning was Battle Masters (1992). If you’ve never heard of Battle Masters, it was basically a simplified version of Warhammer Fantasy for kids with a pinch of the Command and Colors system added for flavor. I sank hundreds of hours into Battle Masters, until it was replaced for me by the much beloved HeroScape nearly a decade later. I’ve never really liked war games through because they so heavily emulated modern or historical conflicts, which always left a bit of a dry taste in my mouth. While the occasional war game with a fictional setting has been interesting, I’ve never really been willing to give any a try. Despite that, I’m a sucker though for any tactical skirmish game that allows me to gradually grow a trap that culminates in that coup de grace moment where my plan finally comes together.

Before severing its relationship with Fantasy Flight Games, for the better part of a decade, the best Games Workshop IP games were being made by companies not named Games Workshop. Chaos In the Old World and the Blood Bowl Card game are just two examples. Now that GW is free to licence its IP to anyone it wants, we are beginning to see a sudden surge of 3rd party Warhammer (insert cumbersome subtitle here) titles coming out. Some have proven to be outstanding (see Warhammer Age of Sigmar: Champions) while others have left something to be desired (see Warhammer: Doomseeker). Heroes of Black Reach is a reworking of the Heroes of Normandy game system set in the Warhammer 40k universe. If that is enough to concern you, you can stop reading there because if you hate the Heroes of Normandy game system, Black Reach isn’t going to do anything to change your mind. 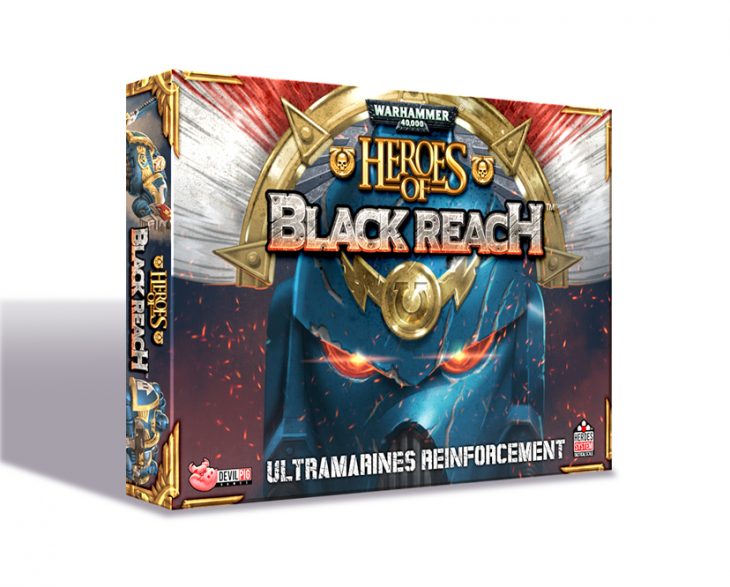 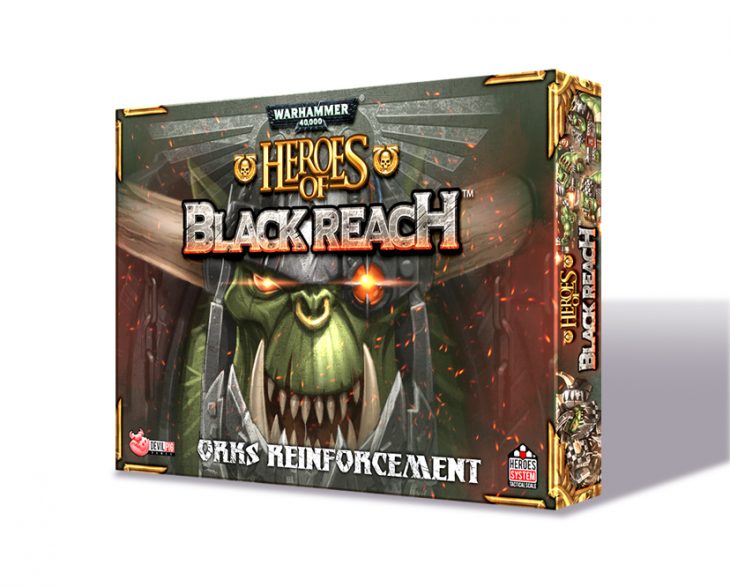 For the unwashed masses, the Heroes of Normandy (HoN) system is a modern euro-esque riff on classic “hex and counter” games like Advanced Squad Leader (ASL). The HoN system trades hexes for squares and tries its best to make the game look pretty with lavish over head perspective art work. While the original art assets are quite vibrant, veterans of the grim dark future may find that this bright look conflicts with GW’s traditionally dour aesthetic. Much like the previous “Heroes” titles, this version of Black Reach offers its audience the occasional wink and tongue-in-cheek moment without quite falling into Blood Bowl style absurdity.

I can feel many readers tensing up at the mention of the notoriously over wrought and complex ASL. I do not make that comparison lightly. HoN like its hex and counter progenitors is a game that chooses to embrace realistic minutiae over streamlined rules. It opts for random dice and cards over modern euro-hybrid sensibilities. As a result, modern euro-trash gamers may find HoN anachronistic if they can even allow themselves to give the game a try, and this is where the real rub lies for Black Reach, its barrier to entry is no laughing matter. 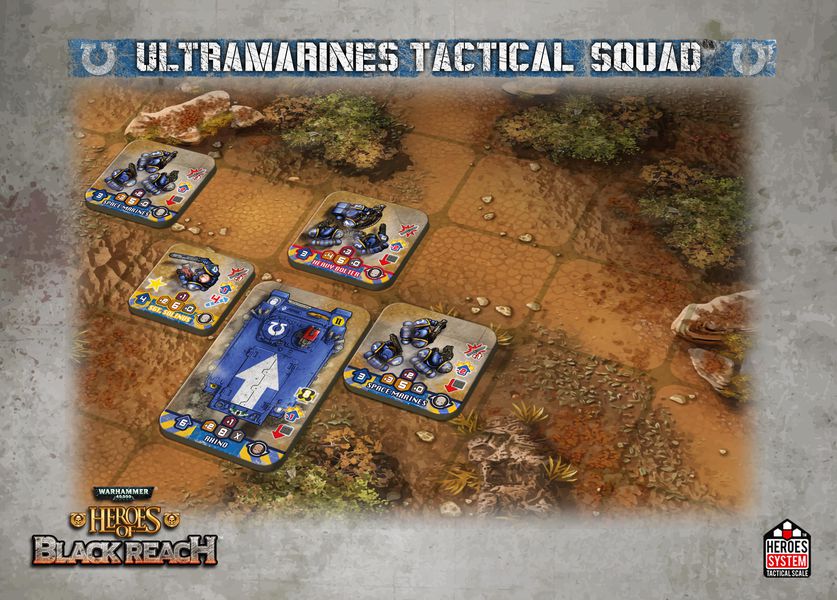 Lets start with the obvious issue, player count. Despite what others may tell you on various online forums, Black Reach is a 2 player game. No more, no less. Further, this is not a casual 2 player game. It requires two players who are dedicated to learning a complex rules set and play through a campaign if they are wanting to get the most out of Black Reach. If you aren’t lucky enough to have a captive or underage dependent who is willing to feign interest in a long term relationship with Heroes of Black Reach, you are probably better off looking elsewhere.

Now if I haven’t scared you off yet, are you willing to put some serious effort into learning (and teaching) this game? Let me be plain, Black Reach’s rule book(s) read as if they were translated from French by non-native English speakers who don’t play board games. Worse yet, the rules themselves are presented in a way that is highly problematic. The core rules for the game aren’t particularly tricky. Rounds have 3 simple phases that are easy to understand. Much like a Fantasy Flight Game though, the game’s many tacked on rules make the game a bear to understand and teach. Infantry and vehicles each have their own nuanced exceptions to the movement and line of sight rules. The “to hit” equations for hand to hand and ranged combat are different and both are long enough that they can’t be easily memorized. Of course there are also DOZENS of icons used as a short hand for the many different special abilities and restrictions the game throws at you.

Something that can’t be excused is the poor choices made in the examples given in the rule book. There are obvious things that could have benefited from a clear illustration, and there are many illustrations that seemed unnecessary. In the army building section of the rules especially, there is a particularly frustrating mix of vague language use and a lack of illustrations. Many an hour of re-reading rules could have been avoided through good rules editing. Help me Paul Grogan, you’re my only hope! 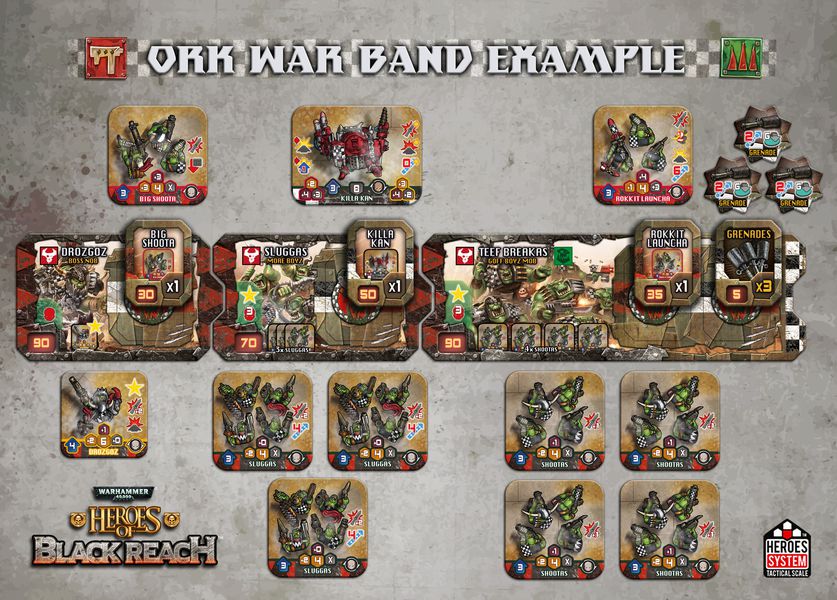 So the rule book is a mess and there is a high barrier to entry. Why should you give two squigs about Heroes of Black Reach? The secret sauce in Black Reach is in how the designers have balanced the game’s many small details against its relatively smooth flow of game play. This is a tension, a balance, that can be hard to get just right in most games. Anybody can make a “dumb” tactical skirmish game. All it takes is 2 armies of units and to run them at each other while rolling a fist full of dice. There are plenty of fun games out there that do exactly that. The problem with those games is that there is very little thought to them. Player agency is sacrificed to such a degree that the game becomes over simplified, boring. The other extreme takes us back to ASL type games where the obsessive faithfulness to details requires that one know the airspeed velocity of an unladen swallow in order to line up the perfect shot. The game ultimately becomes lost to the minutiae.

Black Reach finds a satisfying compromise between the two extremes. The game wants to immerse you into the action by creating a setting, a battlefield, that makes some sort of logical sense. The rules for terrain are designed to allow for all sorts of unique stat modifiers. This means that hiding behind a brick wall provides you with different cover (and stat modifiers) then hiding behind a brick wall. This is all accomplished with a simple set of rules (and a not so simple set of icons). Units are fairly customizeable thanks to the myriad of upgrades you can use to tweak your squads. Do I want to add a tank to my group or instead give them air support? Do I equip them with heavy armor or jet packs? Do I swap out their sniper unit to give everybody flame throwers? Flame throwers are always the right choice. The variety and asymmetry the game offers you can be overwhelming, but again, for those who are willing to commit to this game, the depth is there to reward your commitment. By the time you’ve built your team and studied the battlefield, you can’t ignore the fact that Black Reach has created a living breathing world for you to destroy. 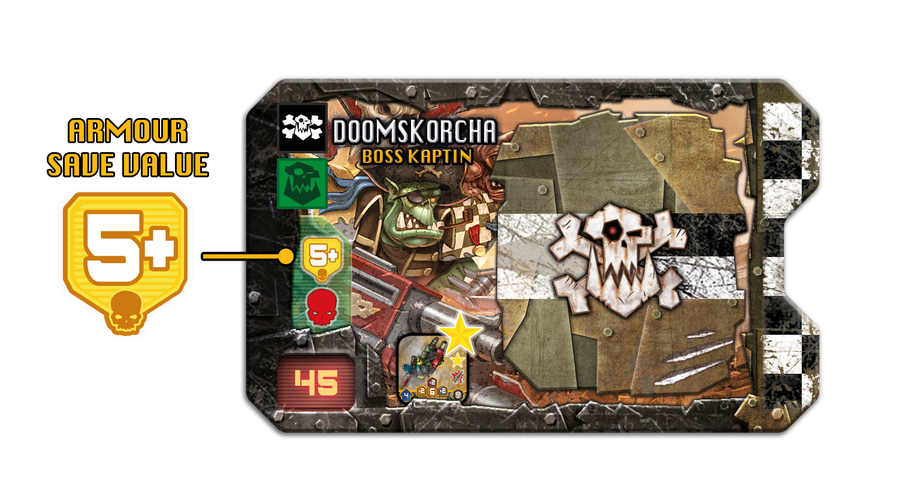 Something that is relatively unique to the Heroes system is a focus on individual heroes and heroic actions. Players can add special hero units (often leaders) that have special abilities and are often time capable of spectacular feats. While that doesn’t feel entirely out of place, this sense is further heightened by using special power cards. Each round of the game both player draw up cards from their unique deck of 50 (or so) cards. These cards can be played in one of two ways: either as an extremely powerful effect that is very situational or as a weaker modifier that can easily be used in most situations. While this isn’t a revolutionary design choice, it does provide for perhaps the most chaotic elements of game play. The dice rolls in combat don’t offer much variance in the likelihood of success or failure. You should have a good idea about the outcome before you ever roll a die. These cards though however can cause dramatic and unpredictable swings in the outcome of a round. “We plan, God laughs.” Such a thing feels appropriate given the setting and subject of Black Reach. I say this of course knowing that there will be times when a well timed (and lucky) card is going to decide a game. Chances are, if you are still reading this review, that isn’t going to bother you a bit. 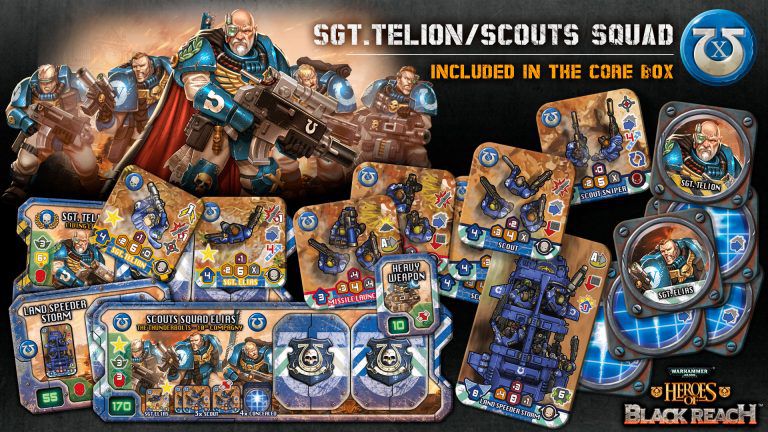 I’ve thrown a massive wall of text at you and you find yourself asking: “Should I give Heroes of Black Reach a try?” I can’t deny just how much fun I’ve had blasting my way through Black Reach. As a tactical combat game, it makes for an action packed and often tense fire fight to the bitter end. Game play becomes intuitive after you’ve gone to the trouble to learn the system. Heroes of Black Reach, I fear, is a game doomed to become nothing more then a cult hit for the same reasons I think a game like Feudum is destined to the trade pile for many. Specifically, I don’t think the audience who wants a Warhammer 40k tactical skirmish game wants the significant challenge to learn a system that borders on being a lifestyle game all its own. Of course, Vital Lacerda found an audience for his games, why can’t Heroes of Black Reach? Heroes is a complex battlefield toy box that is rife with glorious choices and stand up die rolls. It is a game that doesn’t hesitate to offer nuanced rules. It is willing to punish you for poor choices and reward you for figuring out how to make good ones. Once the players have put in the effort to “get” Heroes of Black Reach, the game becomes a complex ecosystem of choice where seemingly insignificant choices can have far reaching consequences. I dig the hell out of Heroes’ uncompromising vision, even if that means scaring away most gamers. For those of us who enjoy the feeling of having a complicated plan come together, Heroes of Black Reach is just the excuse you need to steeple your hands and laugh ominously. 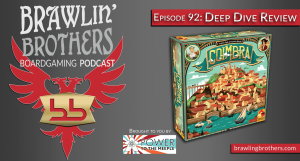 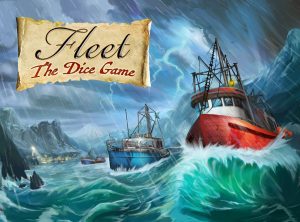